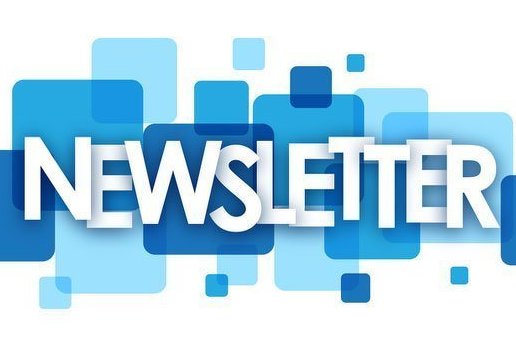 The Pre-Novice group has been a busy bunch! The are now well traveled around the city, having trained in several different arenas to date, but they will be settling in to their regular routine as of the end of the month.

We have a very talented group of youngsters that are improving each week. At the beginning, we had some children who could barely skate that are now taking full strides all over the ice and are really learning to get up and balance. We had some children who could skate, but were gliding, and are now performing turns and cuts. And we had others, who were strong skaters, that are now turning in to powerful and strong skaters, learning how to make tight turns and keep their momentum going. Several of them have even gotten called up to play some Novice games, and have performed really well! This group has really progressed in the first couple of months.

Our trainers are working really well with the great group of parent volunteers that we have, everyone working in unison with the goal of making sure that not only do these children get better each time out, but that they enjoy and look forward to coming to the rink. We look forward to their continued Pre-Novice adventure in to the new year! 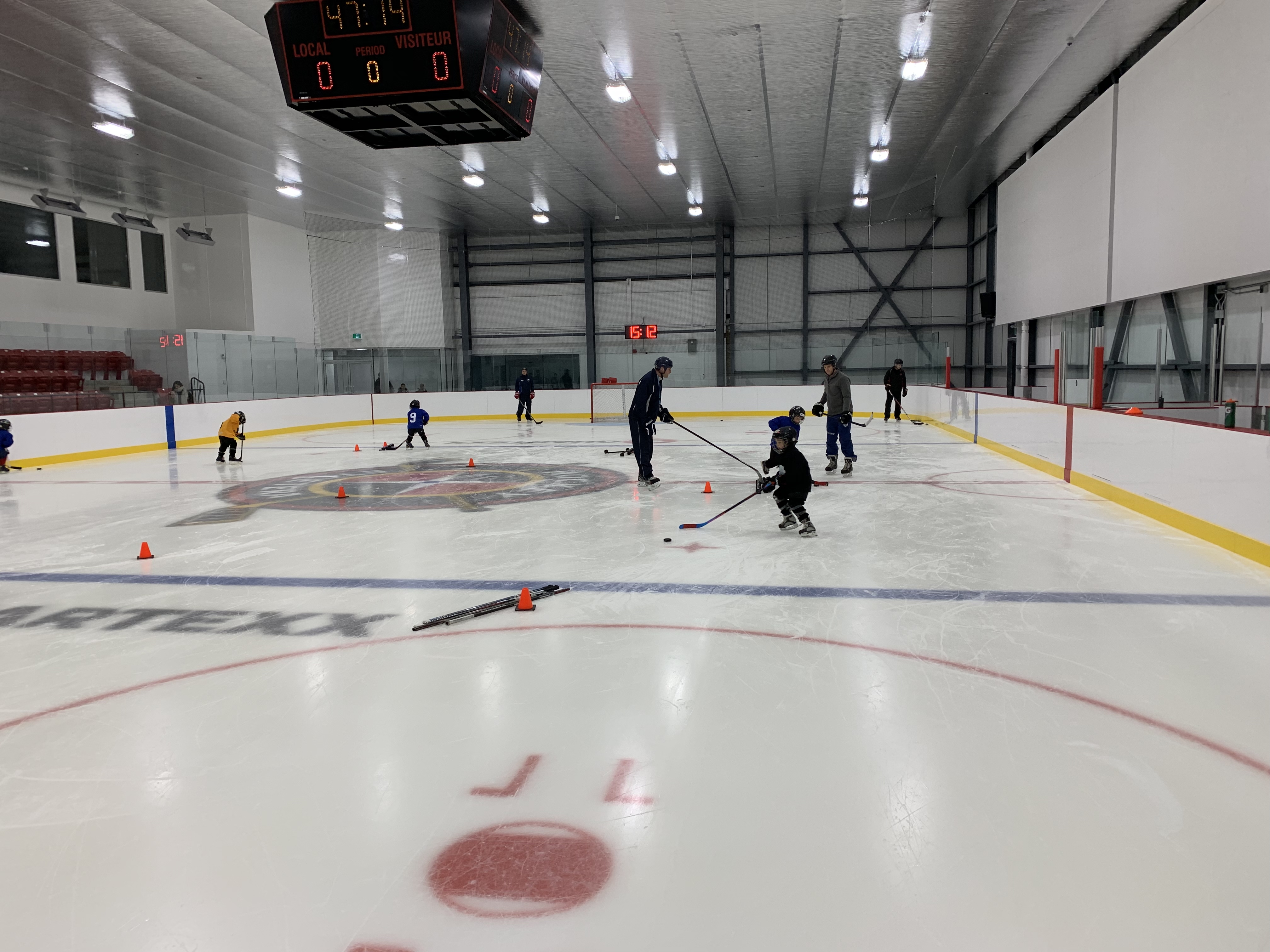 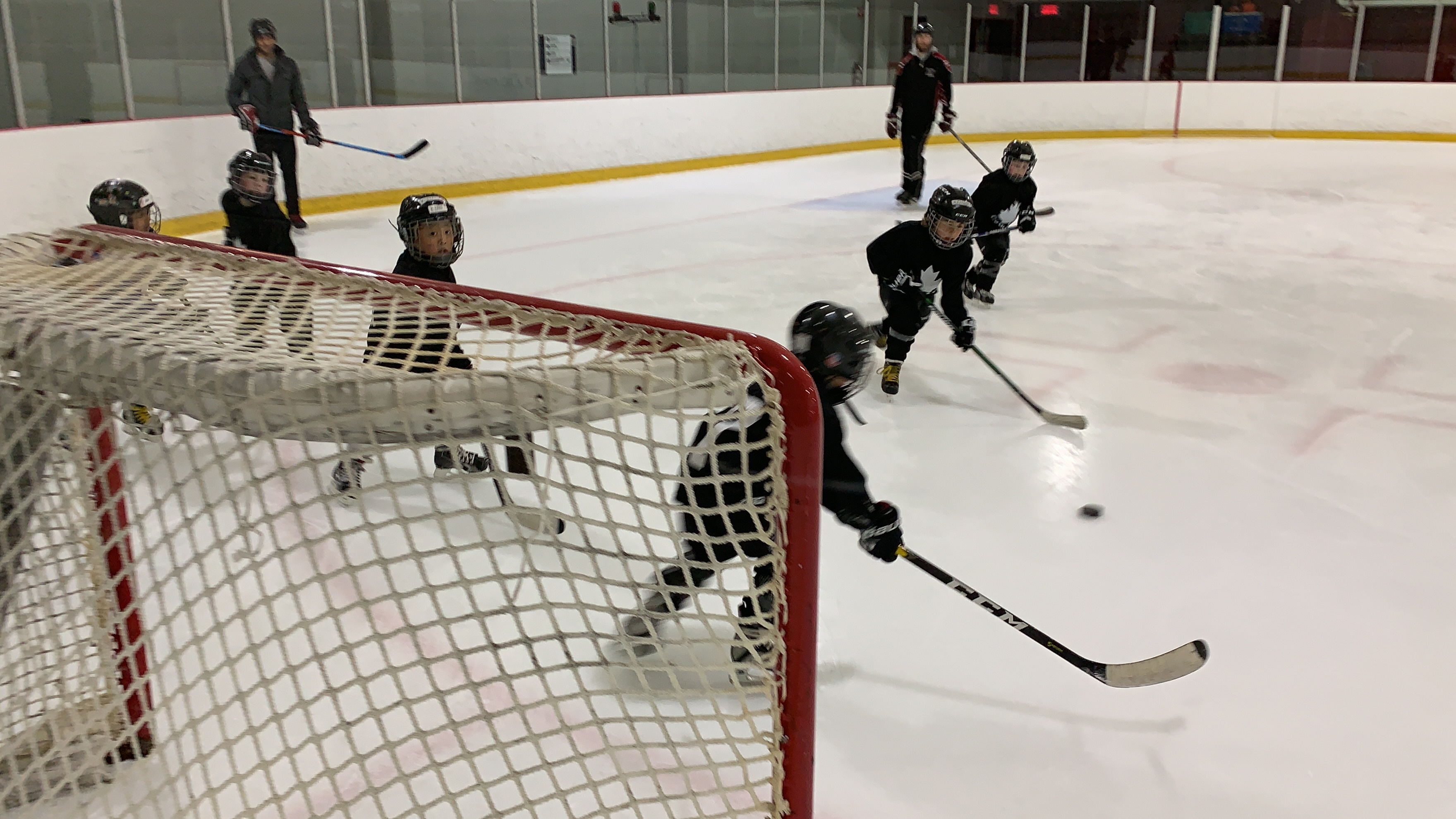 After an intense and long training camp, the Novice teams finally got to play a little 4-on-4 hockey, and the early results are a BIG TWO THUMBS UP! There were many questions and hesitations, but the program has been met with great enthusiasm from the children, the coaches, the trainers and the parents. In just a few short weeks you can already see the children progressing and improving, and no doubt a full season of this will do wonders for everyone involved!

We have 4 teams (N1, N2, N3, N4) and they have each played a few very competitive hard fought games. Everyone is having a great time and you can see the children smile in every practice, and every game, and every dressing room! In fact, the N3s have even had a team bonding event already, playing some laser tag, which helped them work on their target practice!

We look forward to the coming months as the season progresses and the children get used to the 4-on-4 and really shine! 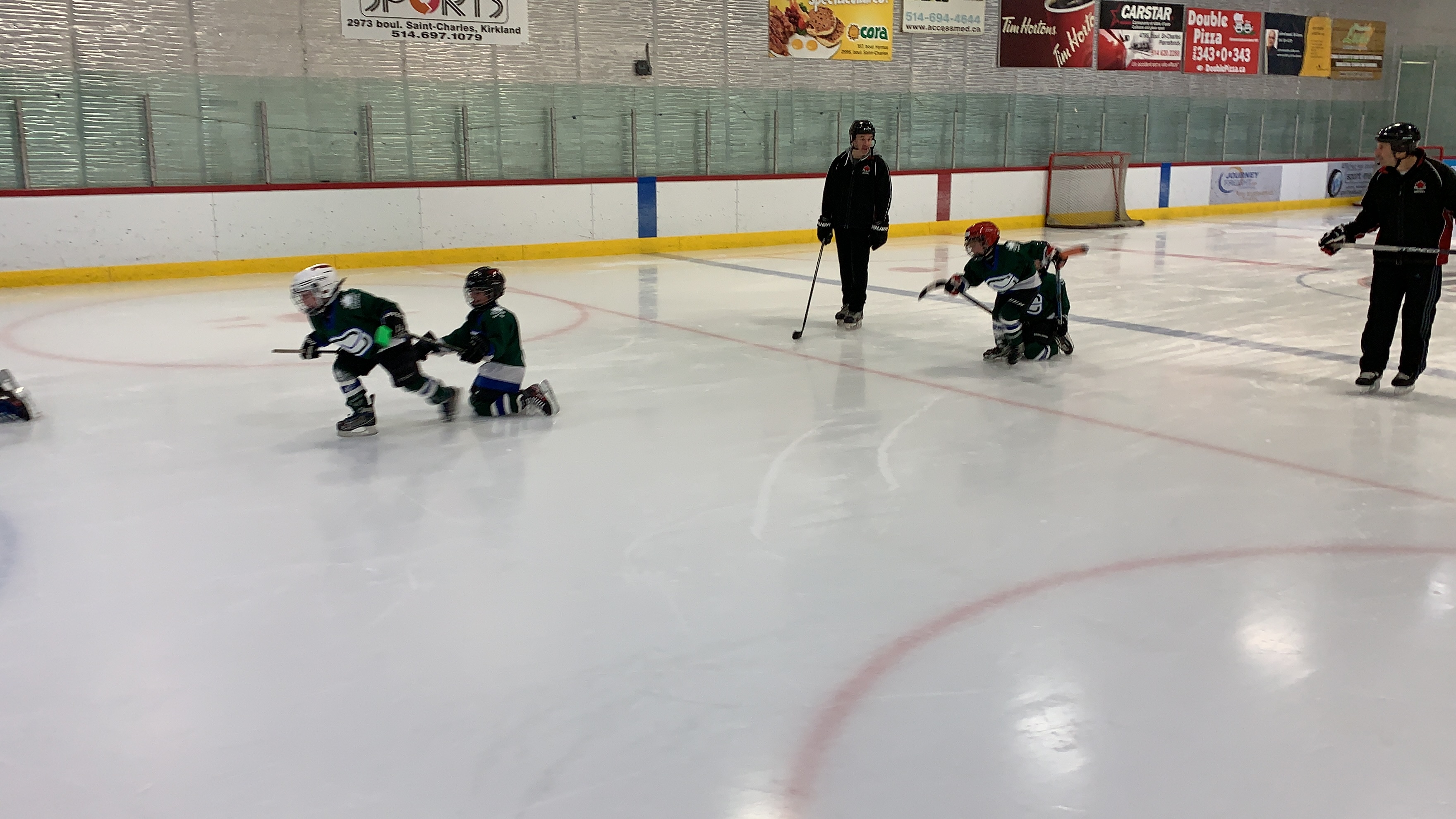 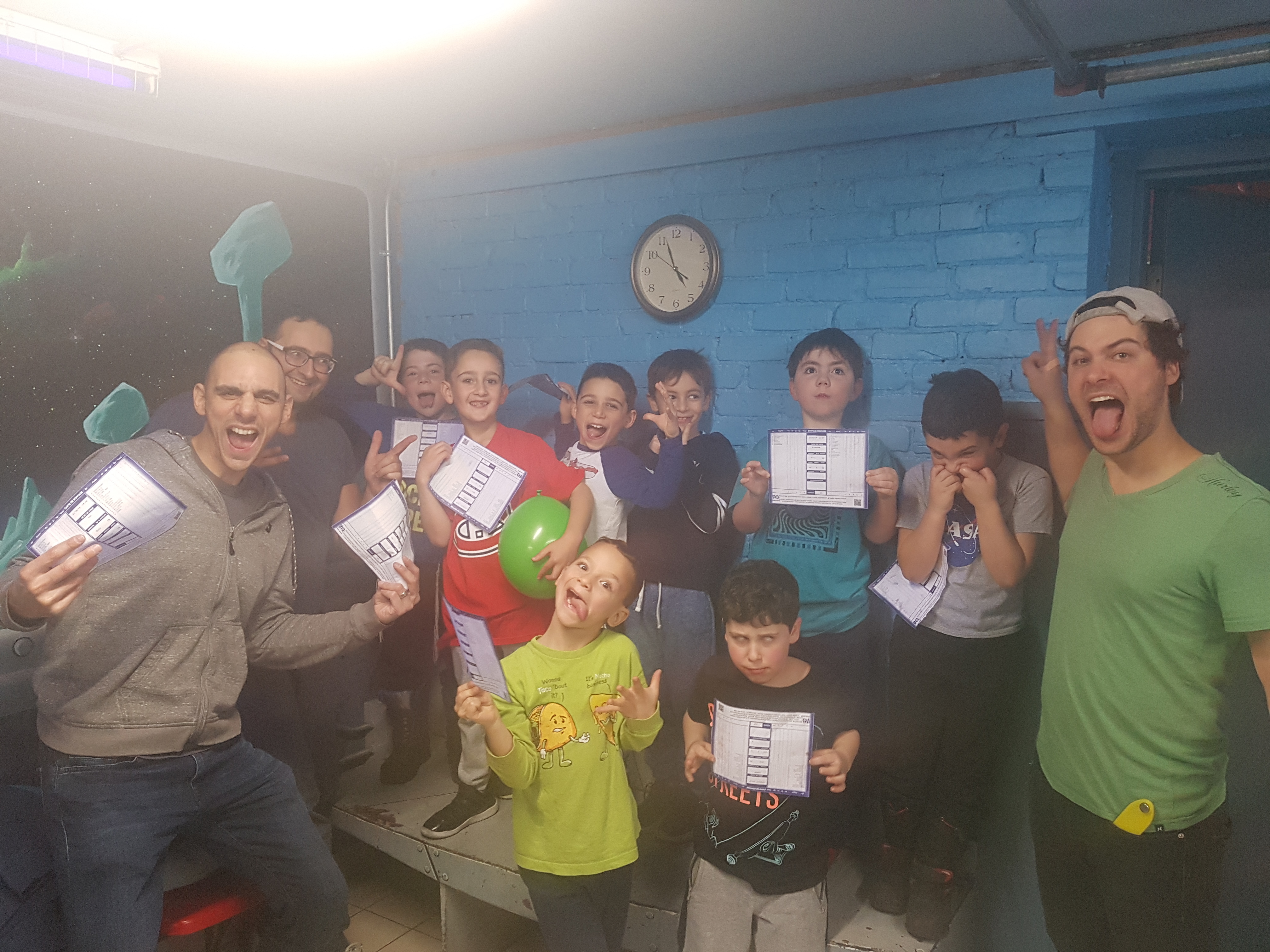 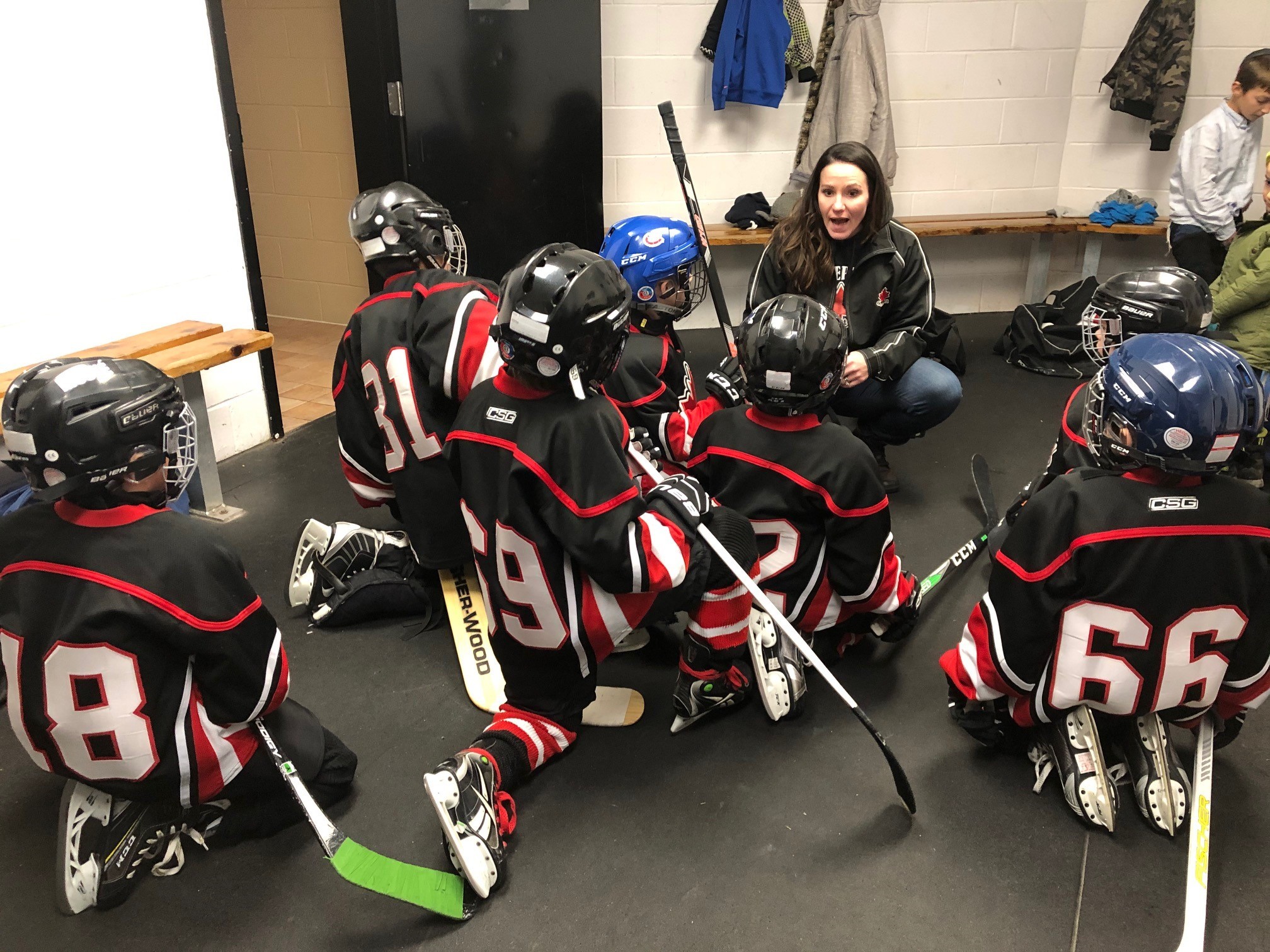 It’s close to the end of November and the hardworking ATOM B Canadiens have already played 44% of their games with a record of 2 wins and 6 losses. What the standings don’t show, is that the Canadiens were saddled with a very tough opening schedule, playing the top teams in the league, and having had so many games with only a few practices together as a unit.

This team has shown grit and togetherness - both on the bench and in the dressing room. Being outscored by heavy margins early on, the team remained positive, supporting each other and looking for ways to get better. While practices have been limited due to circumstances outside of the Team’s control, the coaches and players have made the most of it. Practices are full of energy and are well thought-out in advance in order to take advantage of the ice time - focusing on skill development and some basic, yet-effective plays that the players try to execute in Games. Each game culminates in the player-of-the-game award: a customized helmet given to the player who then hands it off to the next game’s MVP!

As the ATOM B Canadiens show improvements in each passing game, we look forward to the second half of the season! 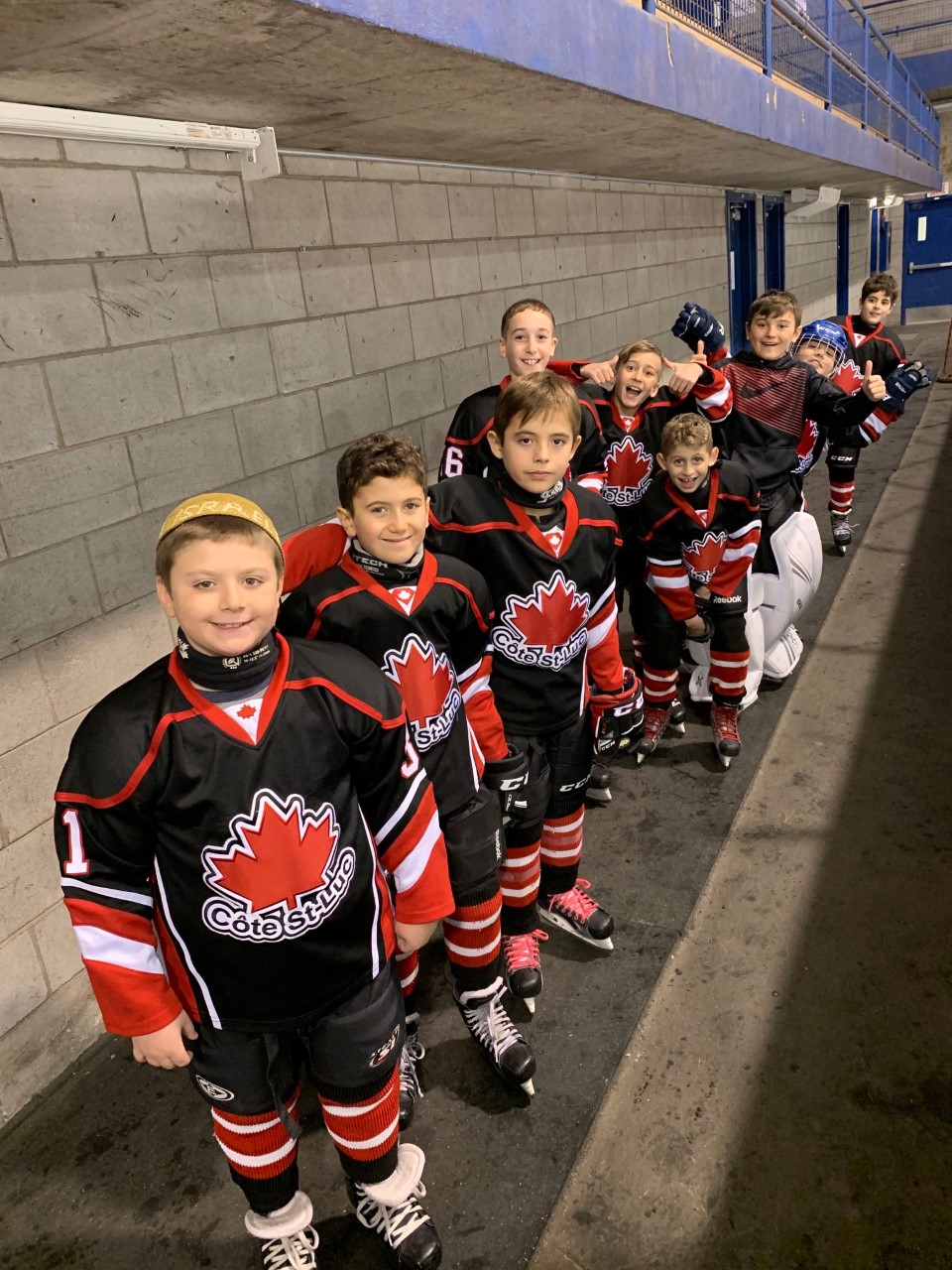 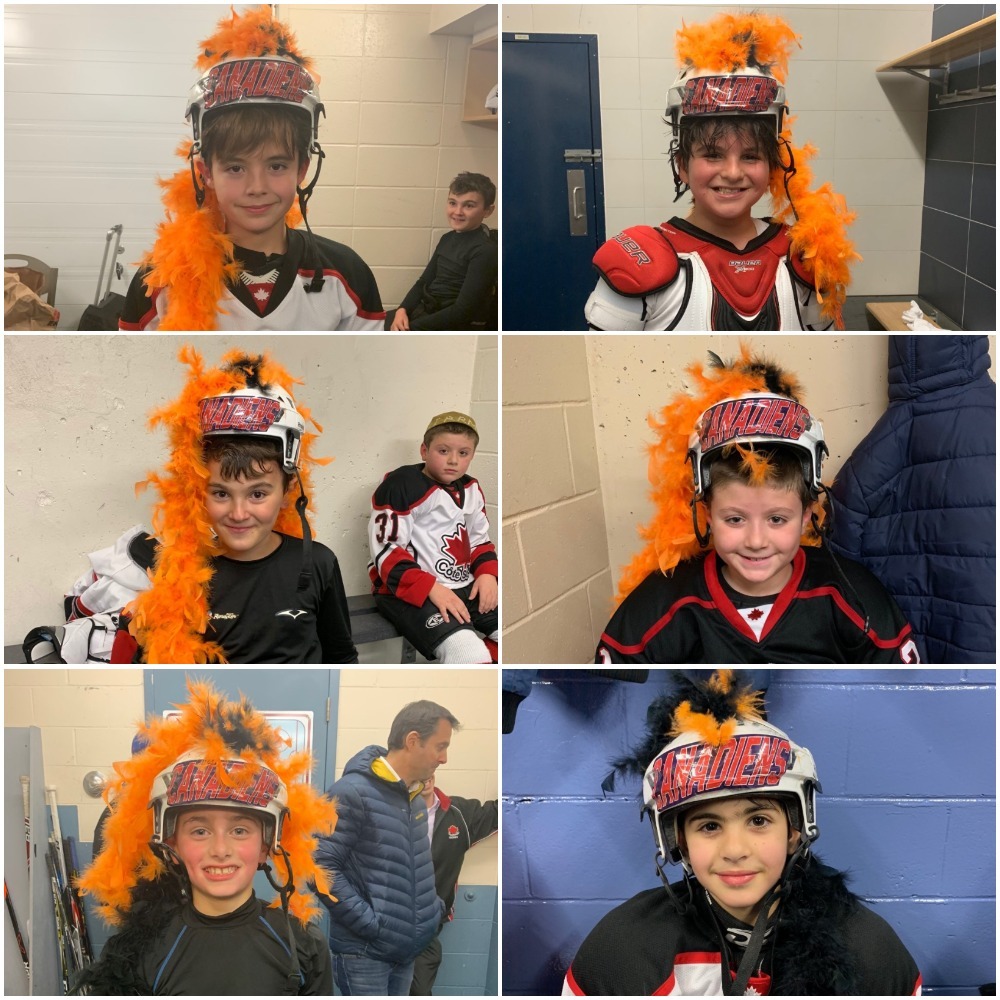 Welcome to the WestLuc Atom AA Kings! Although our team got off to a bit of a rocky start, we did not let that get us down. We were invited to compete in the Bob Gainey Classic which was held in Chambly and Westmount. This tournament gave our team an opportunity to really bond and show what we can do! The boys were able to battle it out through the weekend and come out with a second place medal. Following the tournament, the boys got back to work on improving their skills and teamwork. The Kings are now preparing for their next tournament in Boisbriand. Go Kings! 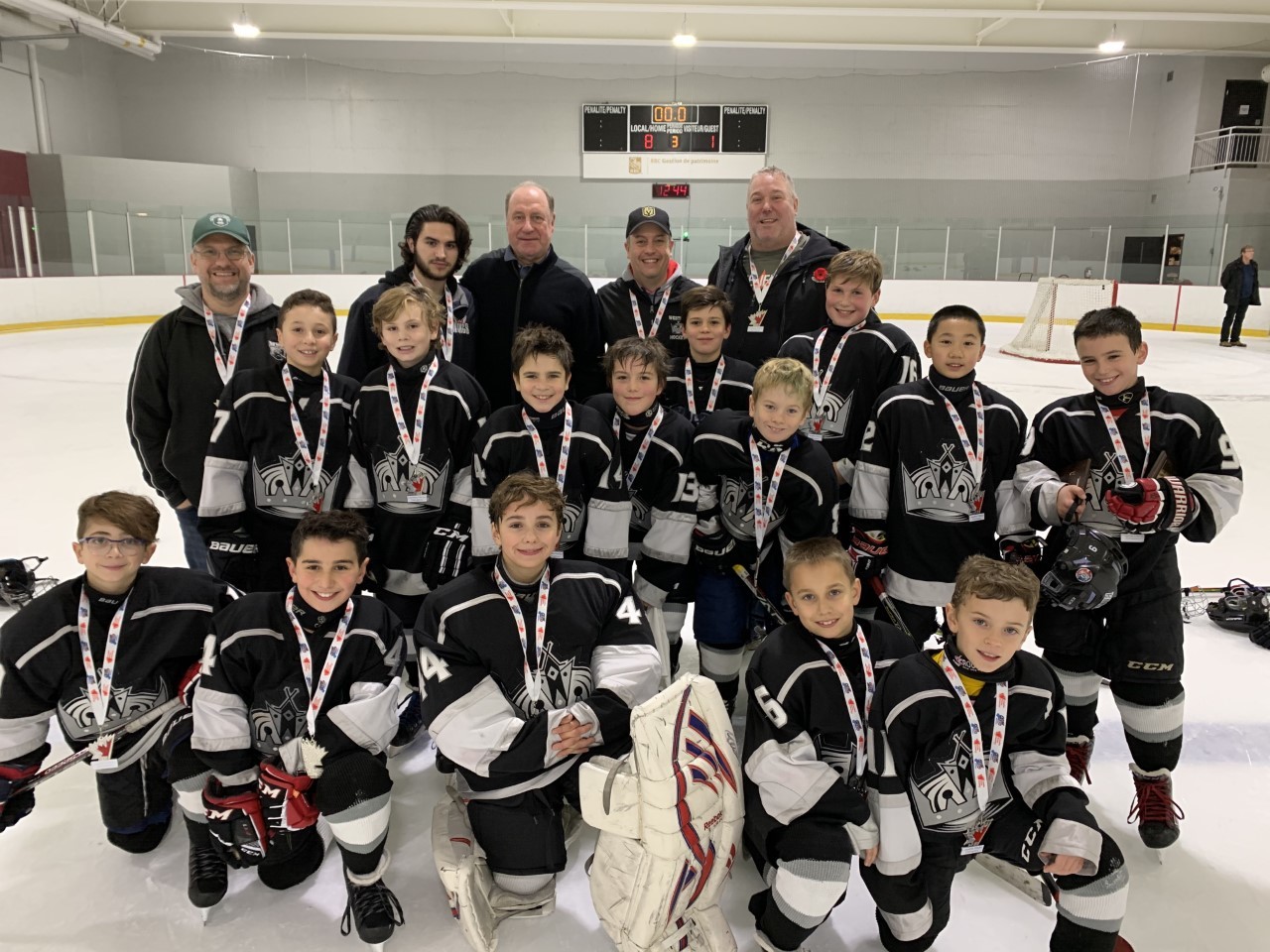 Going into the final weekend of November, the PWBB Kings have a very competitive record of 4 wins and 3 losses with one league game to go to finish off the month. As for tournaments, the team traveled to Gatineau for an amazing bonding weekend filled with 3 games (0W-2L-1T), and plenty of activities which included team meals, the Kanata wave pool, and bowling, not to mention the fun of staying in a hotel! The boys also played in the St. Jerome tournament, and with one game to be played, the Kings have 1 loss and 1 tie so far.

Welcome to the BTBB Kings.  After struggling to get enough players to tryouts, we ended up assembling a team of 16 great kids, who all have a strong desire to get better as a team.  Many of these players are experiencing their first season in double-letters!

With a heavy focus on development, the boys and girl of this team have supplemented their on-ice practices with regular Dry Land Trainings at CoreXcellence and Shooting Clinics at the Hockey Lab... and the results have started to show!  Our team has gotten stronger and faster, which will eventually translate into more wins as the season progresses.

Our schedule is very front loaded, which means we will have played 19 of our 24 season games before the winter break, and will have participated in 2 of our 3 tournaments as well. This will leave us lots of time in the second half to practice and gear up for hopefully a long and fruitful playoff run.

Last week, the team was in Gatineau where we were unable to close out our games, but the team really bonded.  We even managed to catch a Senators game. 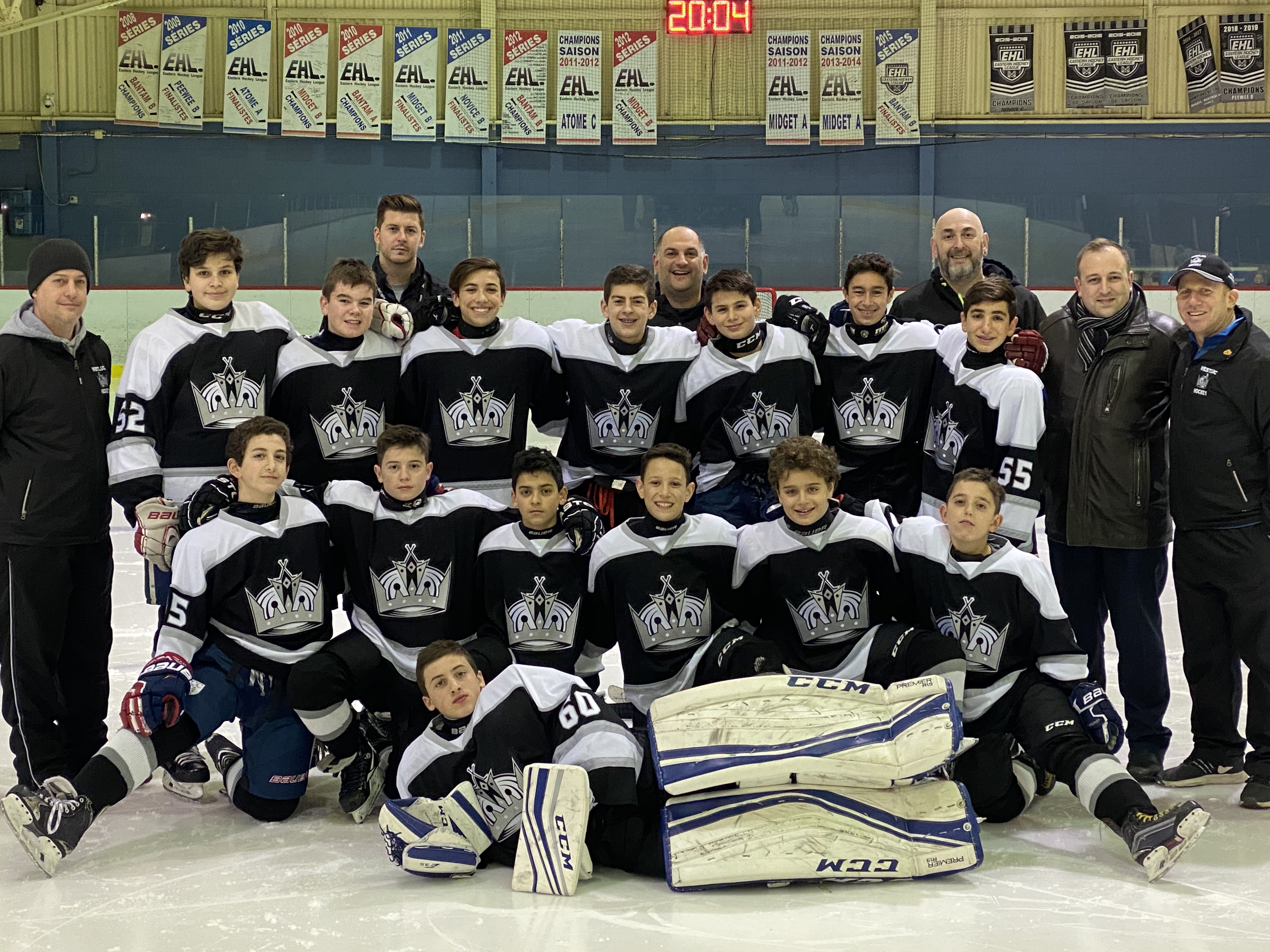 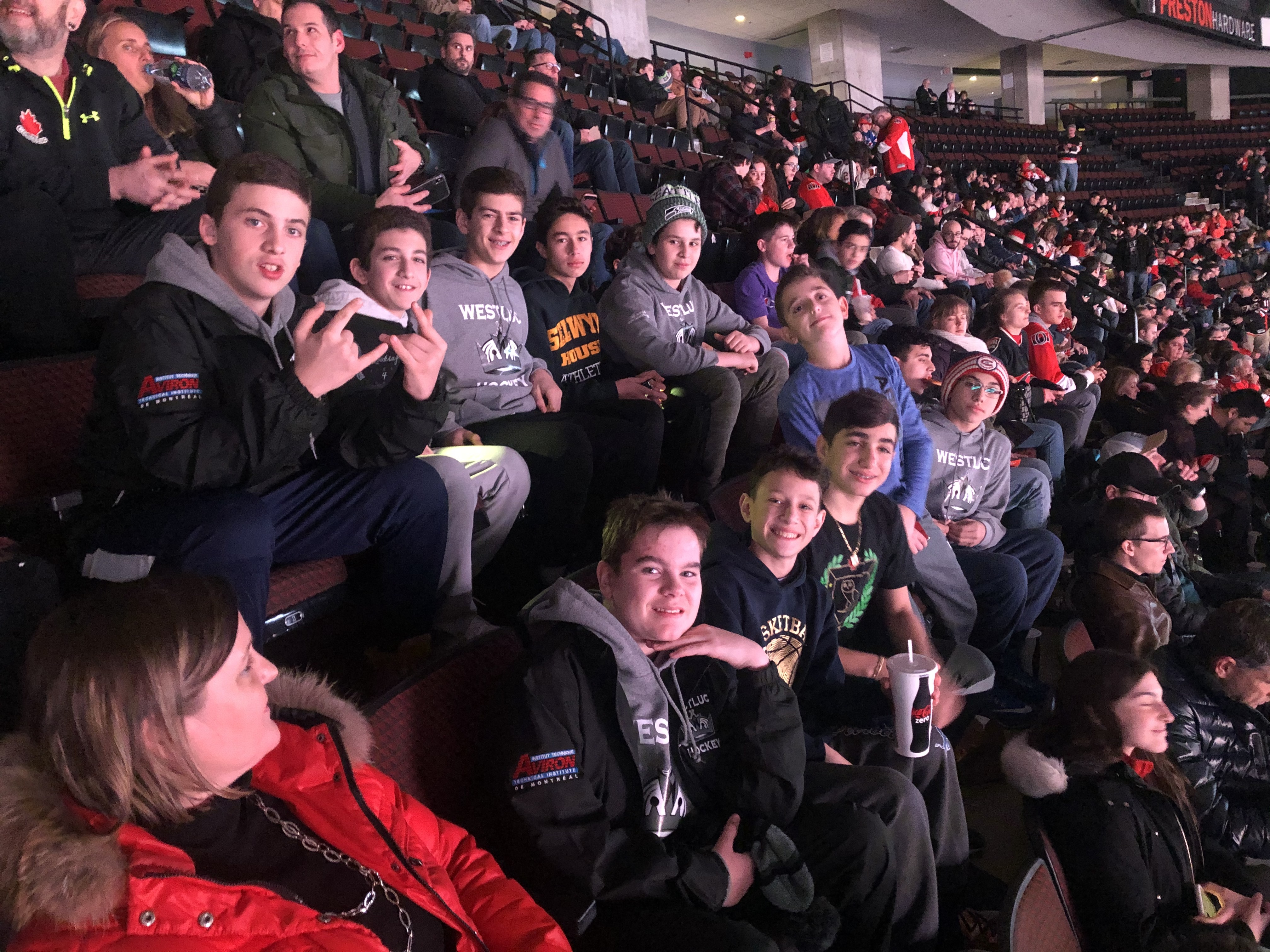 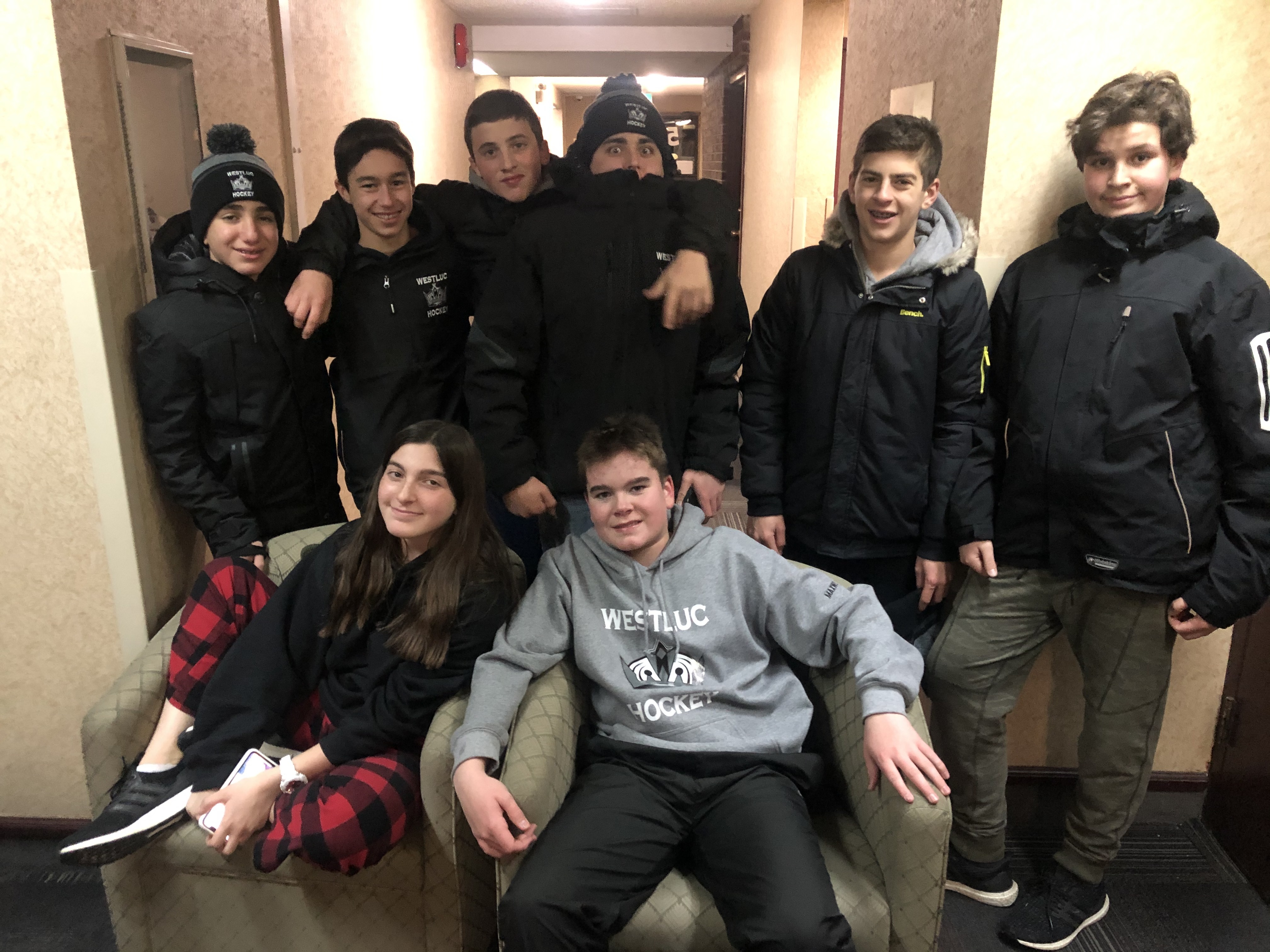