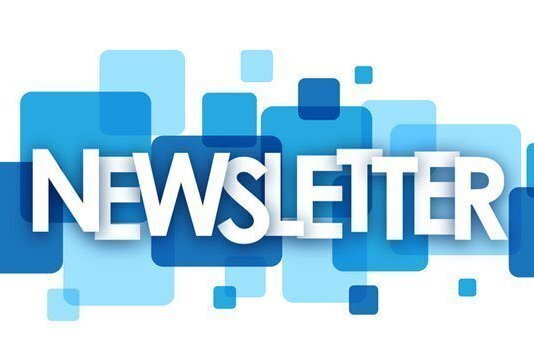 The CSL Moms are working hard to improve so that they can keep with their players! Coach Sue Kaye has been amazing at really demonstrating the proper techniques and getting the Mom’s more and more comfortable on the ice. From real hockey stops to pivots and learning how to defend, the Mom’s are getting better each passing week! It’s never too late to join. Anyone interested can contact Jen at: jenbcutler@gmail.com

It is amazing to see the progress by all M7 Groups since the beginning of the hockey season. From Group 3 no longer needing push handles to Group 2 really gliding and Group 1 learning to use their edges and practicing crossovers, every player has truly improved! Recently, the kids were especially excited to start playing mini scrimmages at the end of their training scrimmages. A highlight was definitely receiving their cool new jerseys, being the first players in the CSLMHA to sport the new logo! Special thanks to Coaches Adam and Harold as well as all of the many terrific trainers for teaching so much to the kids in such a short time. As well, thanks to the parent volunteers who are coming on the ice, your help is greatly appreciated! 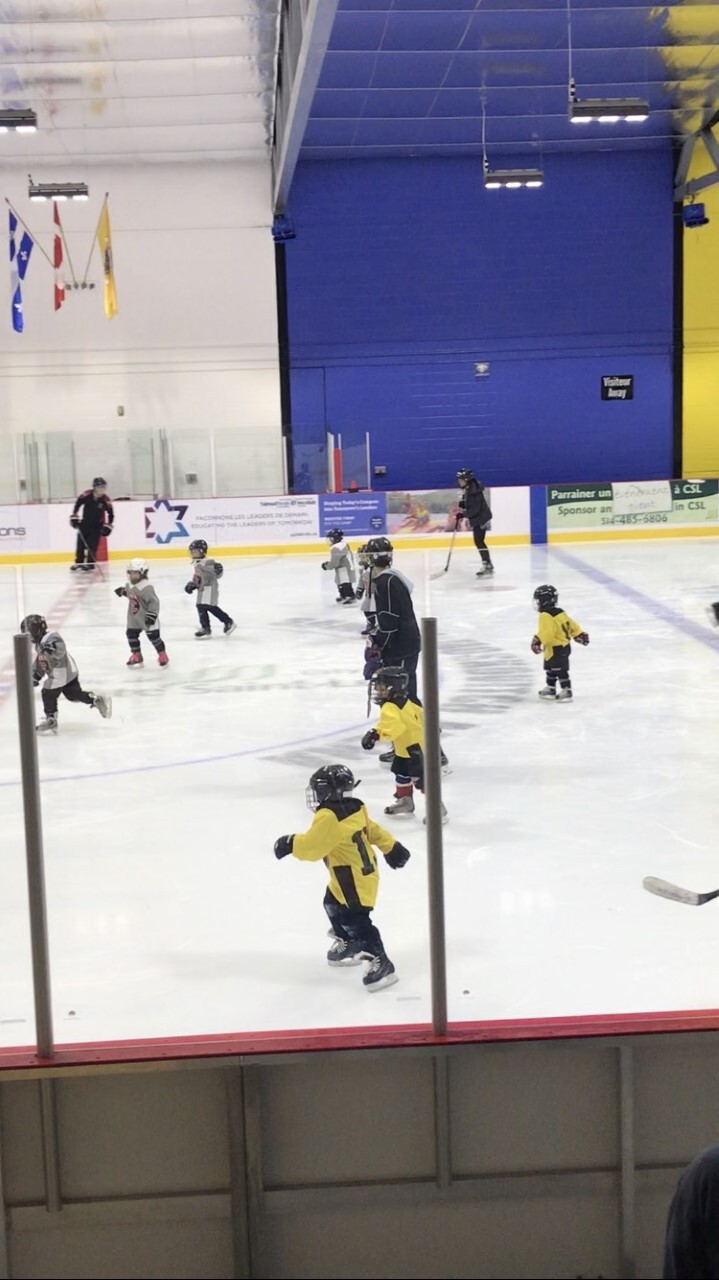 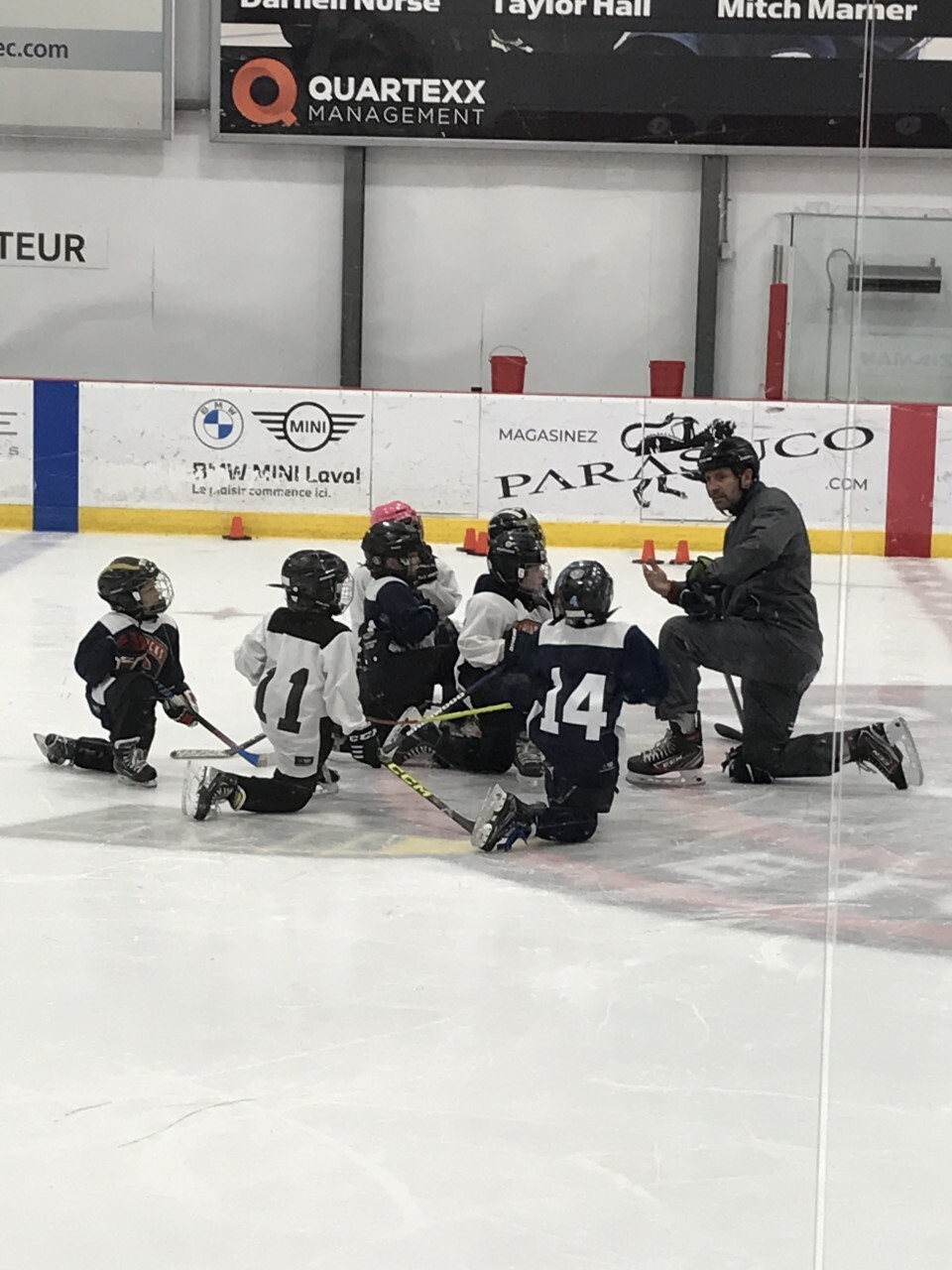 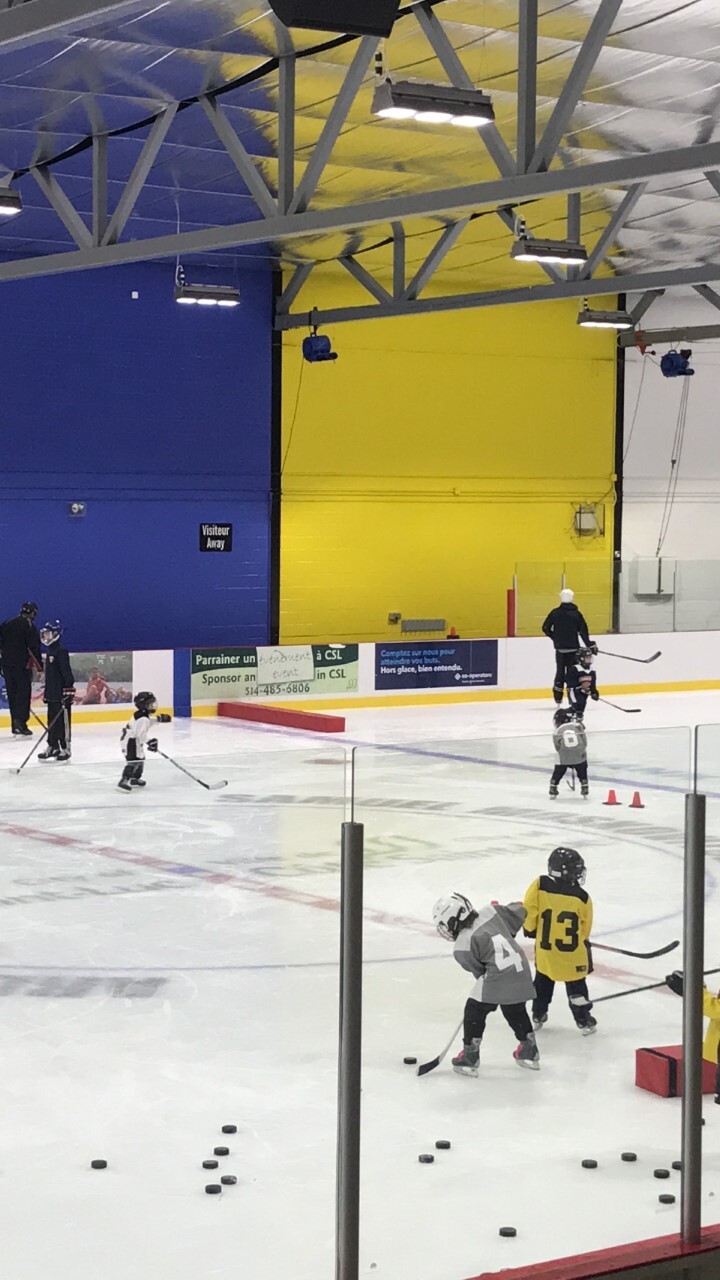 It has been a fantastic month for our first ever M9 girls team! The girls, their families and the coaching staff have been getting to know each other and the game of hockey, which is new for so many!

The girls are working super hard in practice, learning new skills and routines while building a special sense of team spirit. As observed by our Manager Jennifer MacMillan today, "They hustled and fought for the puck today on their drills. It was amazing to see how each and every one of them has improved since the first day on the ice". Their growth is truly amazing to witness.

We are very excited to participate in our first game this coming weekend, in a M9 girls showcase of our 8 team league, a chance for the girls to experience the excitement of a game and work together to accomplish success in its many forms. Go Canucks!

To build on our team spirit we are happy to announce our first team bonding party on November 27th. The girls will try their skills at bowling and have some well deserved off-ice fun together. 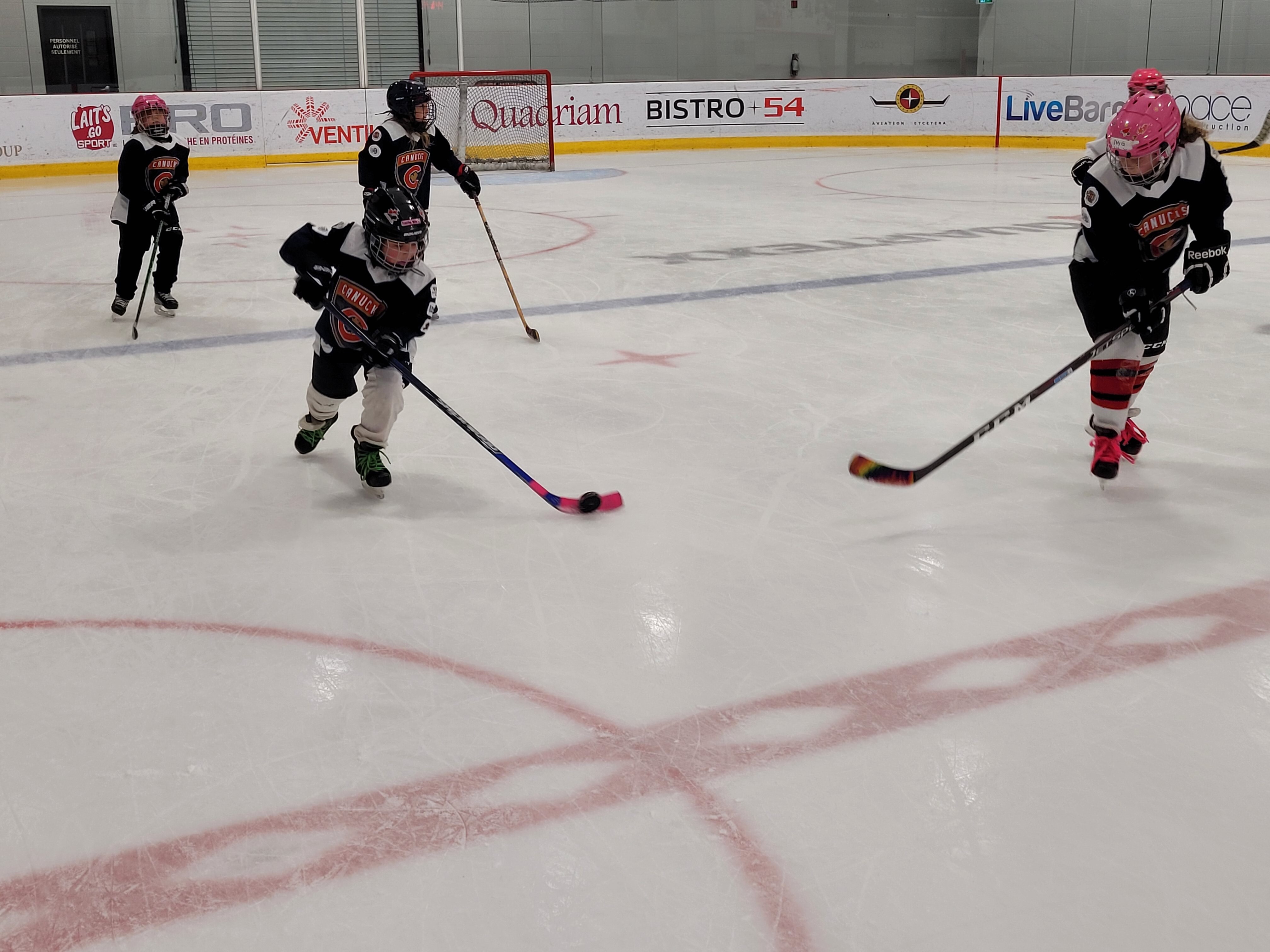 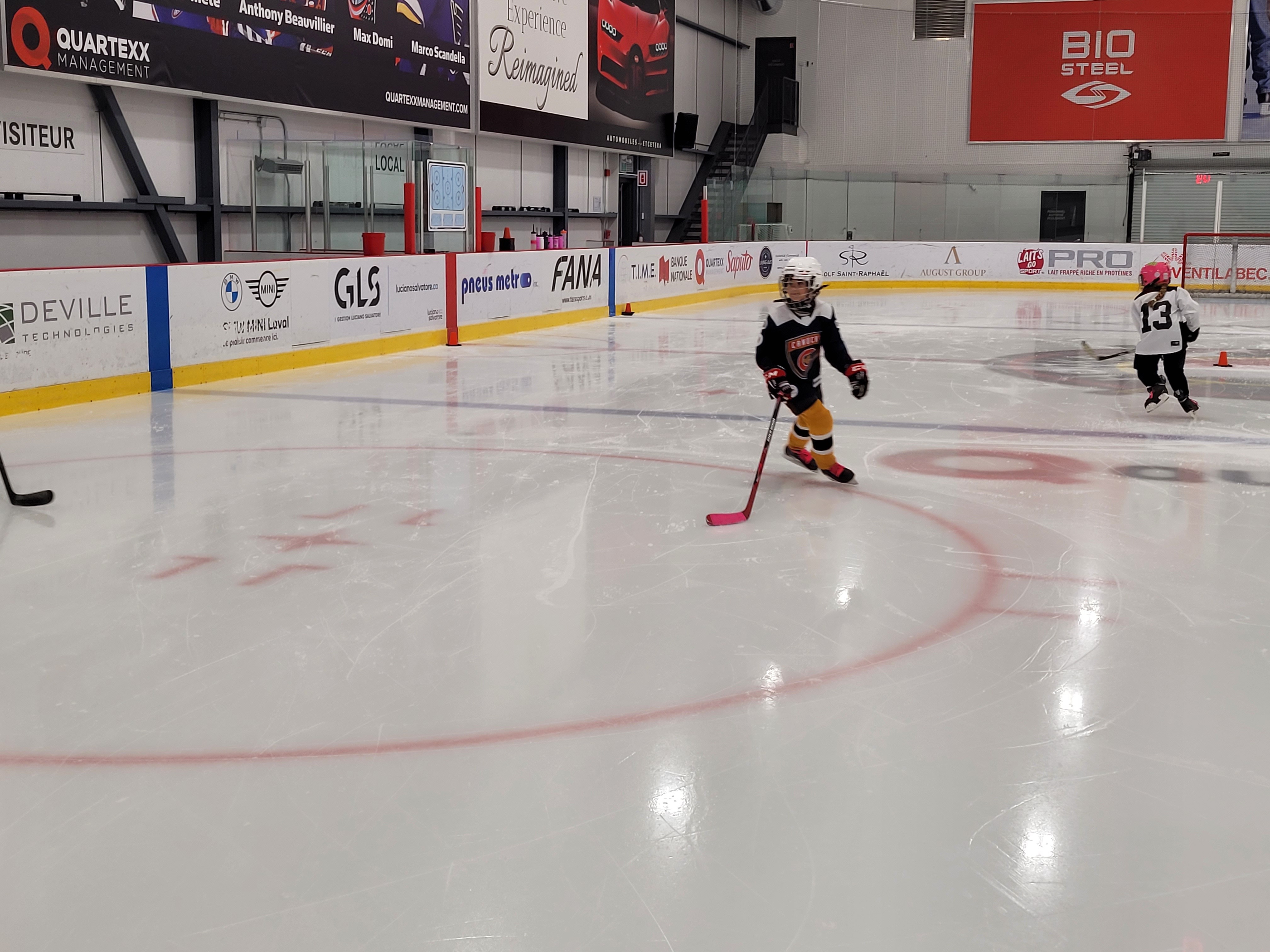 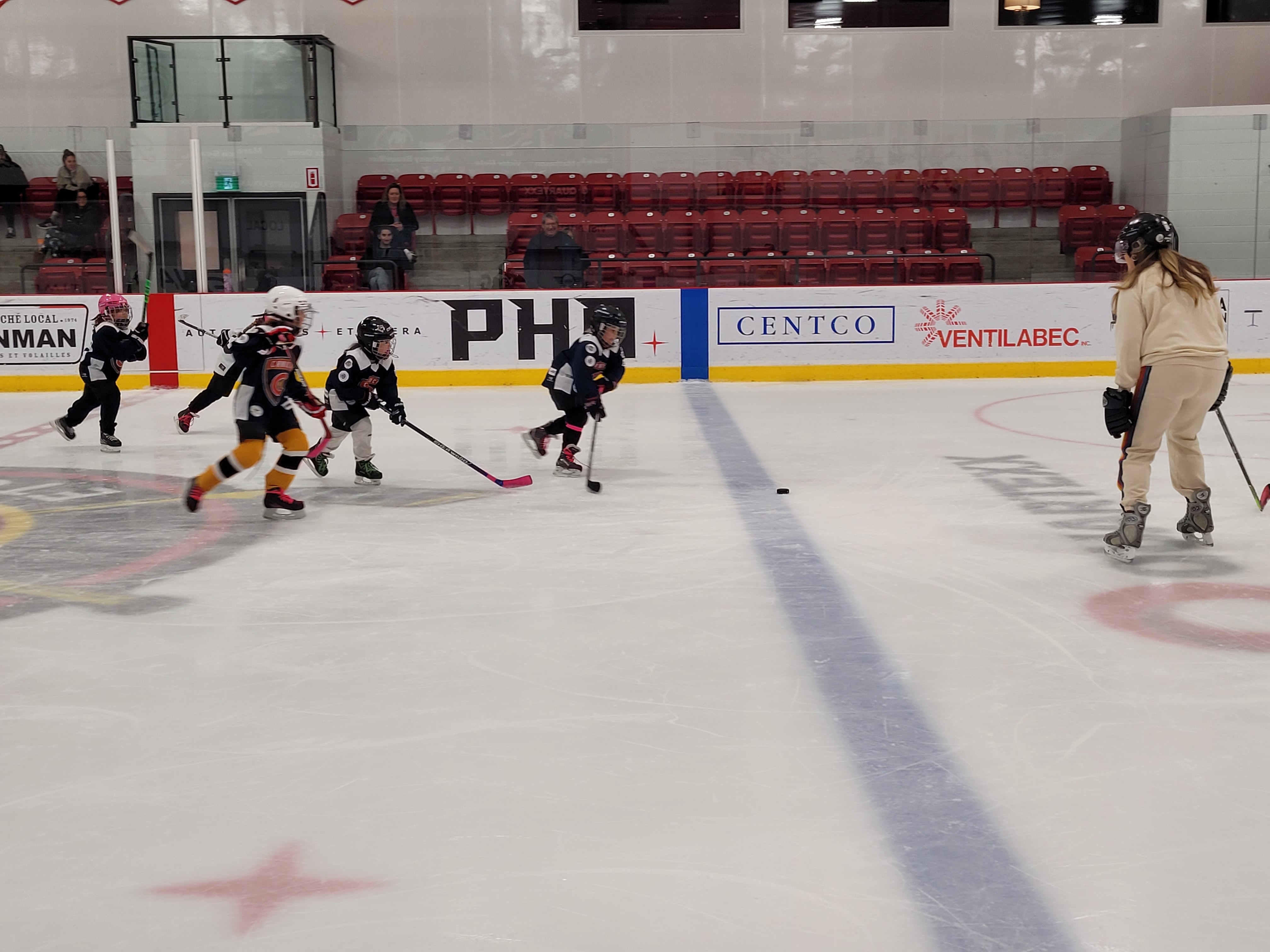 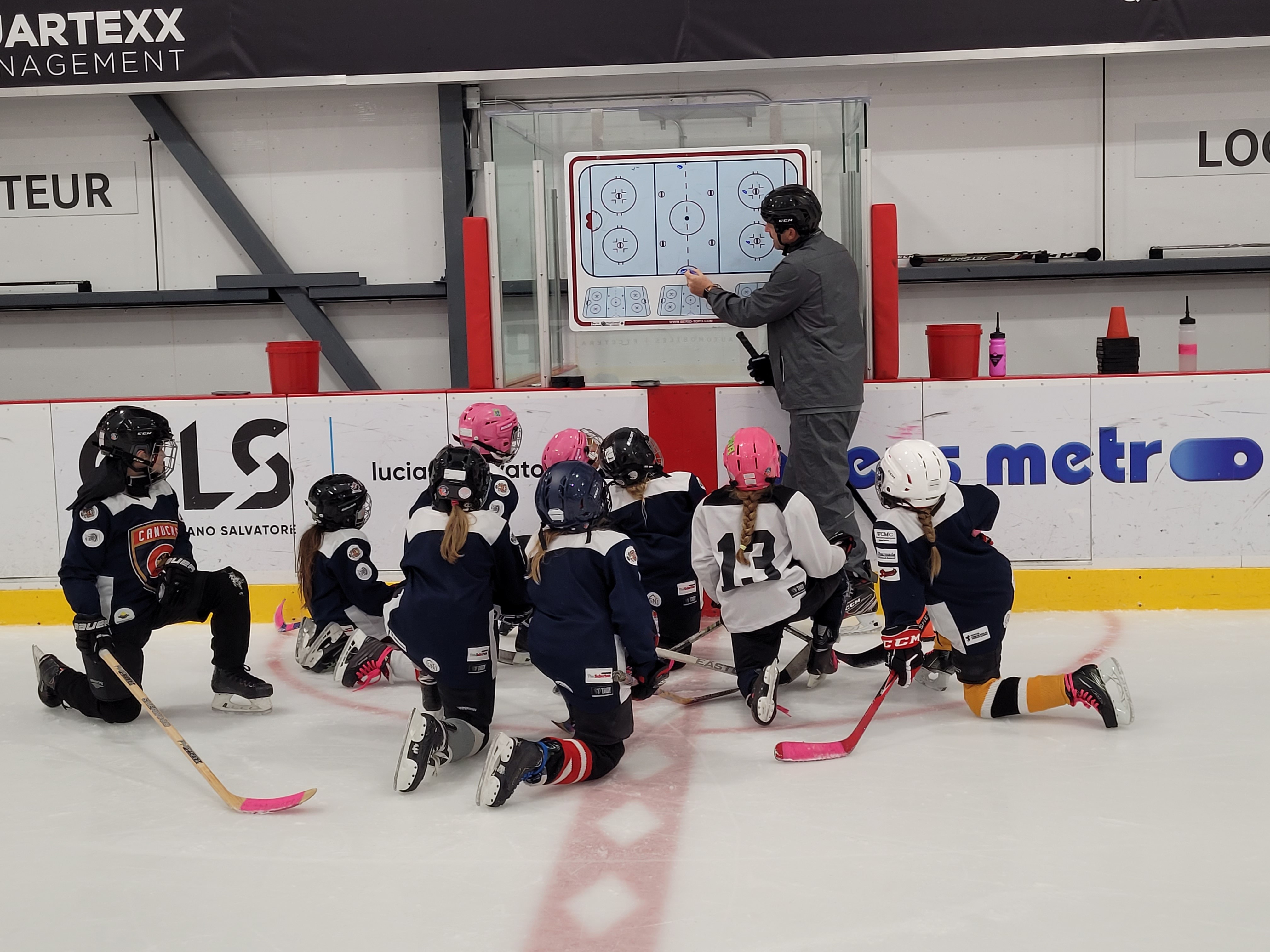 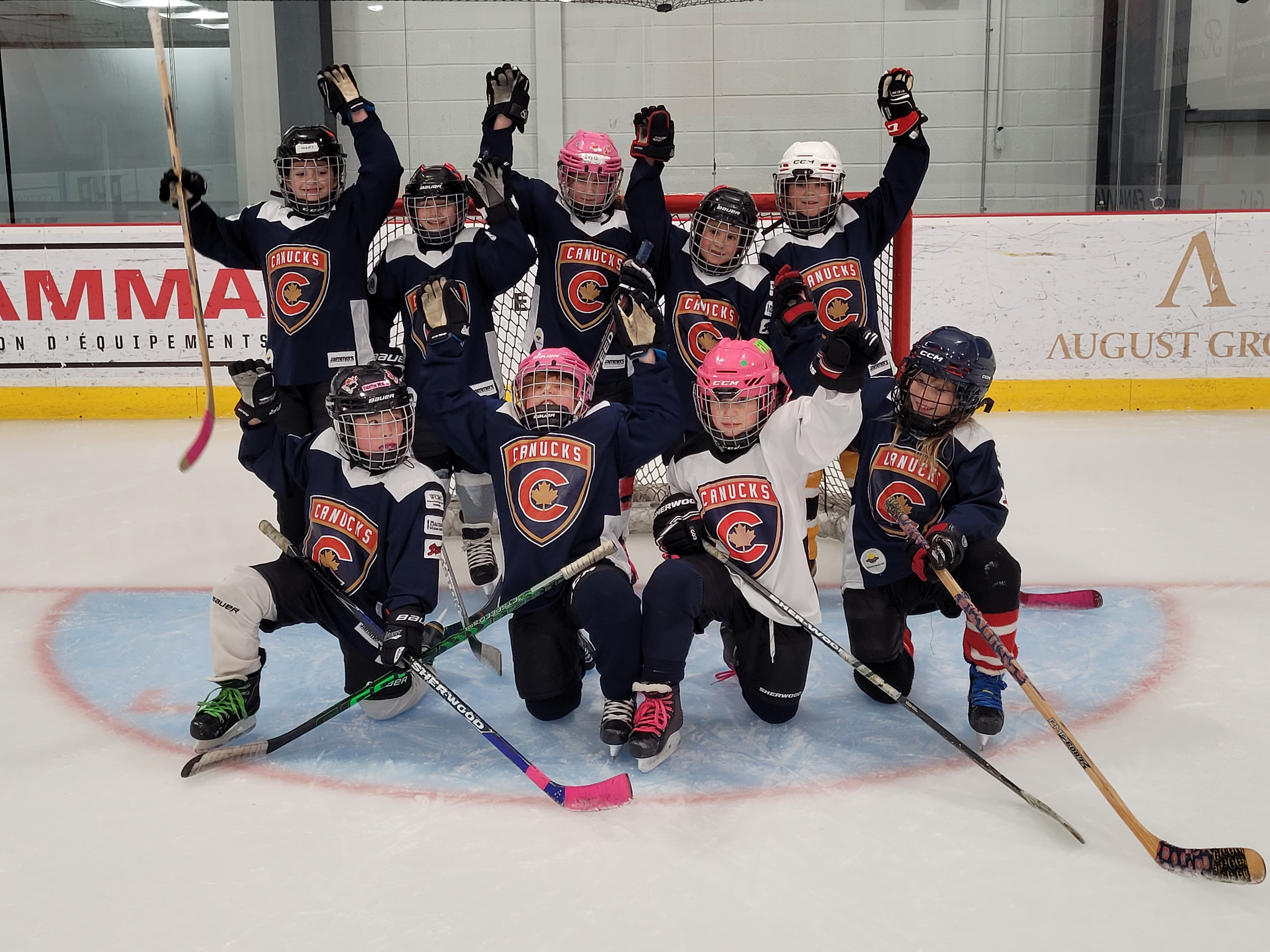 The U11A team got off to a fast start but recently learned they all won’t be so easy. A good lesson to learn earlier rather than later. Some basketball and pizza after our first game allowed the kids to get to know one another and enjoy the good weather at the start of the season.

The team is looking forward to an upcoming tournament in Ottawa to continue to grow their bond, on and off the ice. 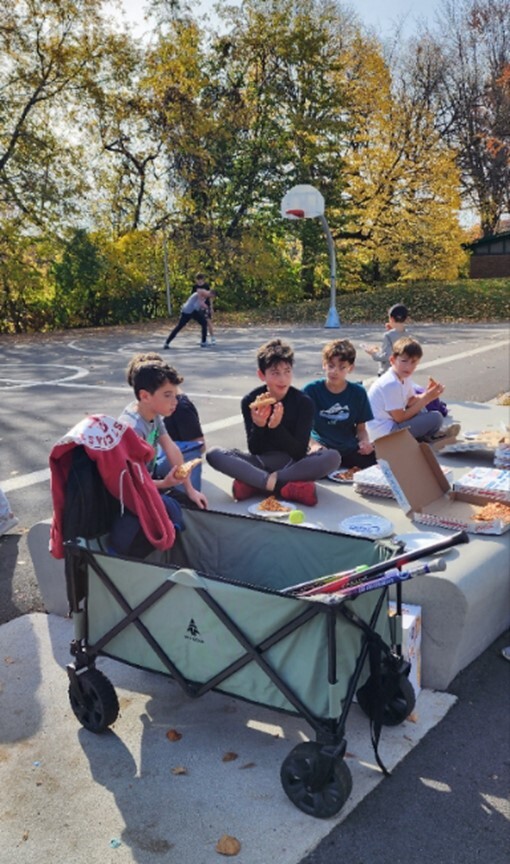 The M11 B Cote Saint Luc Canucks have come out ready to play. After just meeting for the first time on October 29 the team has really gelled and learnt to play the system the coaches are asking of them.

Management is quite impressed with the talent level that is coming out of Cote Saint Luc in this 2022-23 season.

The team started off the season with a 2-1 win versus the Lachine Rapides and then followed up with some statement games with a 4-1 win over the LaSalle Panthers on the road and then a 4-0 shutout at home against the St. Laurent Gladiators.

Asked if he was feeling any pressure goalie Zach London was quoted saying “Tires feel pressure, I don’t”.

November/December will be busy with 6 games to go before the winter break. 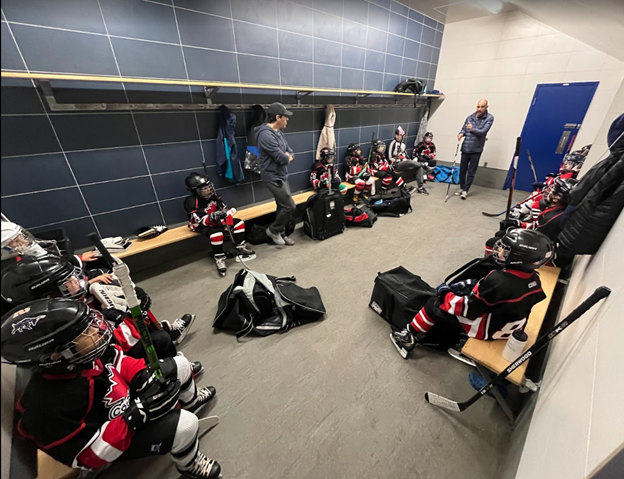 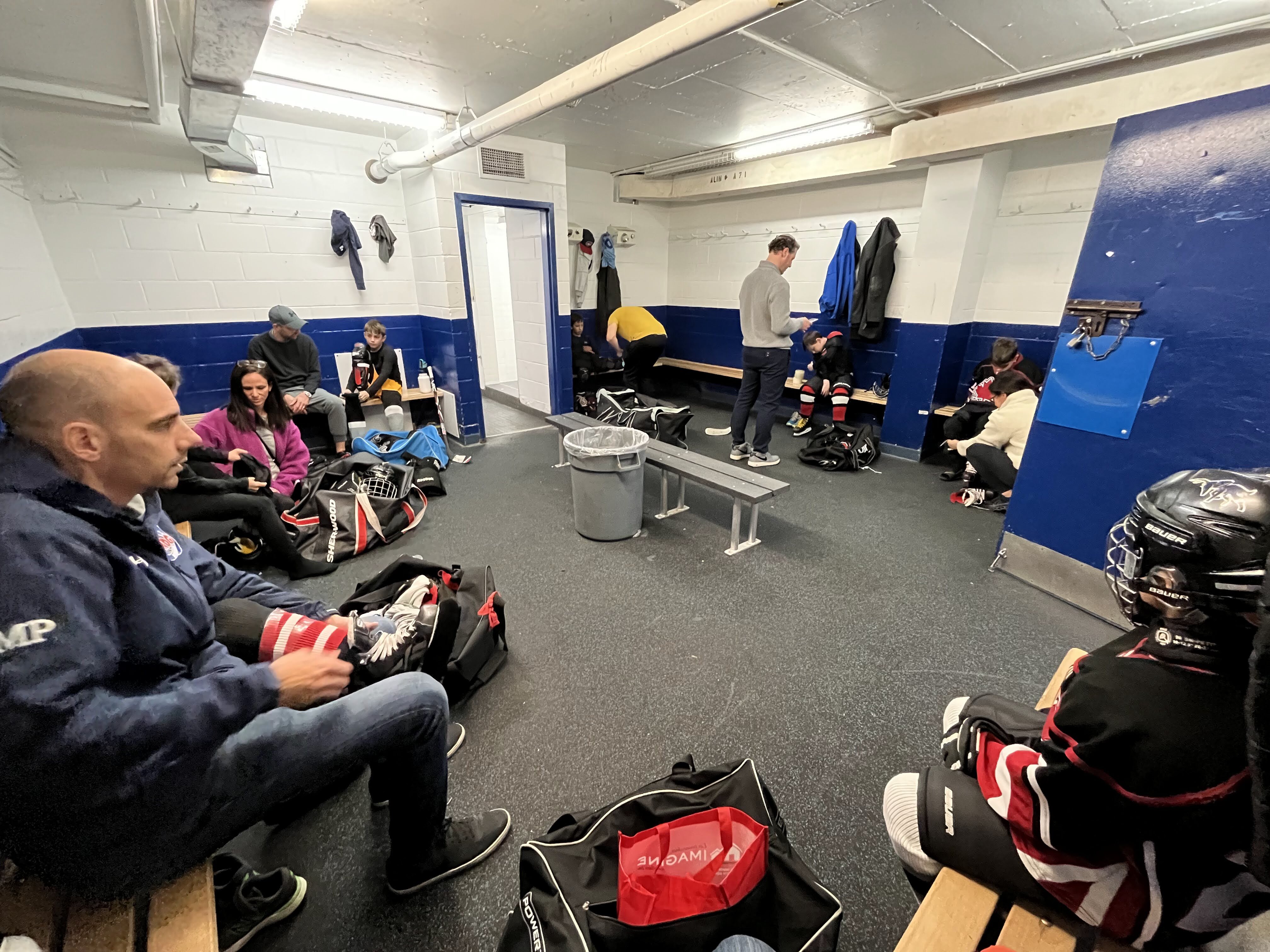 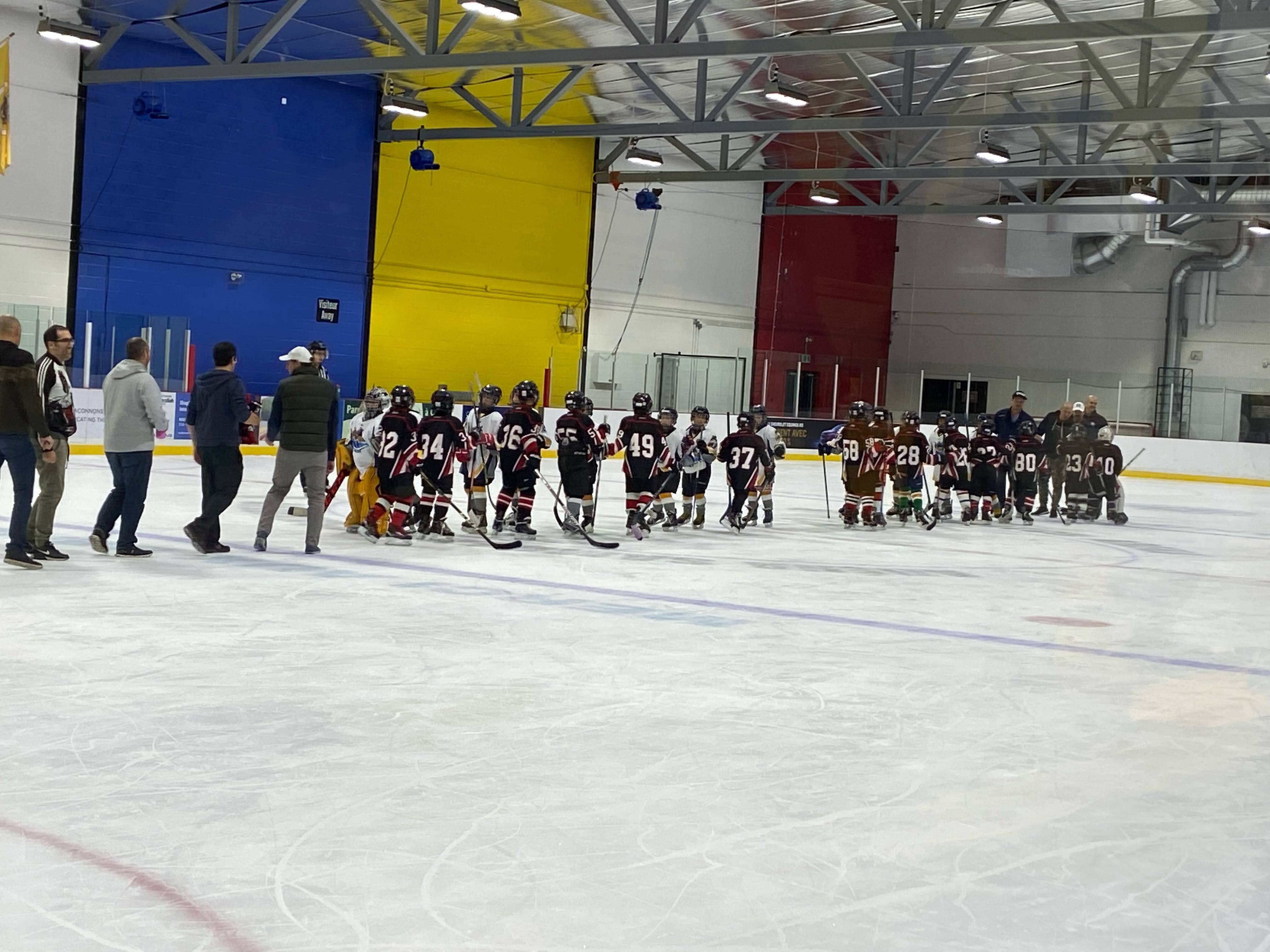 The M11 C Cote Saint Luc Canucks have been practicing hard and have started the season strong. The Majority of the team is composed of first year M11 players who have very quickly gelled together as a formidable force. We have been shuffling the lineup over the past few practices and games ensuring we create the most efficient combination. ABCs (Accountability, Bonds and Character) represent the foundation of the M11C Canucks

Our Grit and Heart will be tested first hand over the coming weeks as we build up to our Dec 2-4 out of town Ottawa tournament. 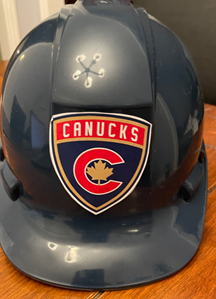 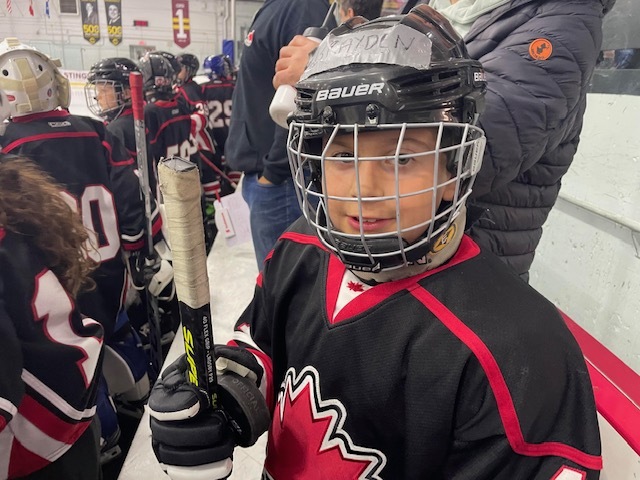 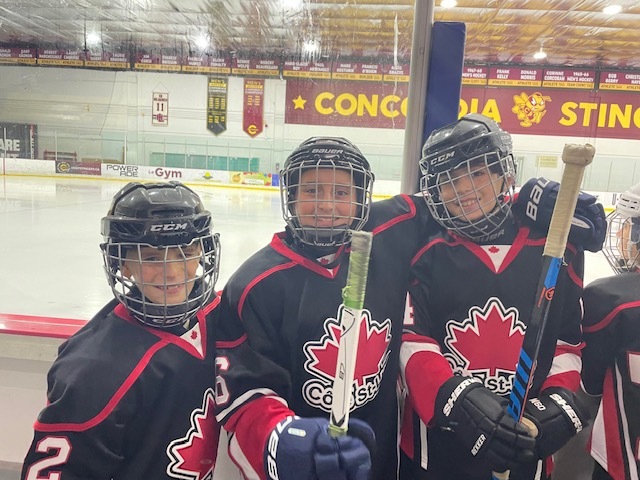 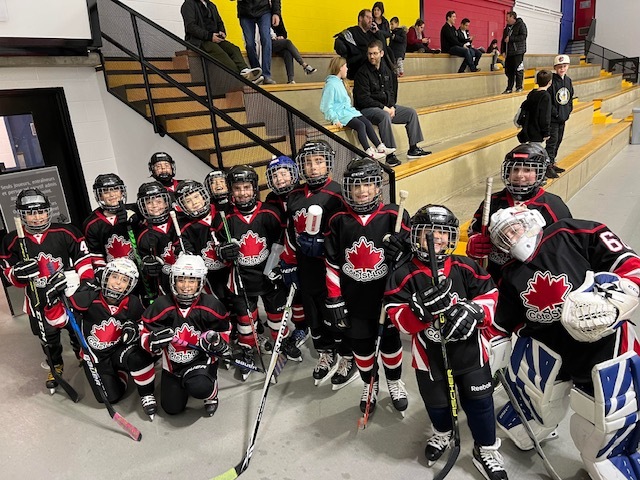 The team started the season in mid-October with excitement and enthusiasm. The players were itching to get back to hockey and reunite with friends and old teammates. After tryouts ended, they discovered that they're one of the larger teams in the league, 16 kids strong. With a mix of veterans like Hudson Rapkowski, Dylan Soudry, Jax Tolendano, and Alex Shafik, and new players like Jonah Manel and Connor Fleishcher expectations were high. The season started quickly, with six games in the first month.

With just a few practices, the team got off to a good start with a big win against the Westmount Wings. Since then, the team has had some close games and challenges, but the coaching team led by Jason Toledano emphasized that if the team keeps playing with grit and determination, and practice hard, the wins will come. The coach even played an inspirational personal video message from NHL player Bobby Ryan to encourage them.

The players are starting to gel, and the atmosphere in the locker room is great. There’s lots of laughter and energy led by some of the jokers on the team, like Eliav Cohen and Tyler Rosen. The team outing on a recent Saturday night to play an inter-team 3-on-3 was a blast and gave the players a chance to loosen up and come together. They loved it and asked for more away-from-hockey activities to do together.

Although all the players are working hard, we need to give a special shout-out to Jordan Sacks for his unbelievable play. He gives the team a fighting chance to compete every game and keeps getting better.

The defense, with a mix of hard shooters like Liam Backler and Oliver Cytrynbaum, and fast skaters like Alex Liu, helped Jordan in front of the net supporting and blocking shots. Their determination to fight in the corner for the puck showed in the amount of whistles by the refs.

The coach is still mixing up the three lines of forwards to find that special combination. The fans are just waiting for Yehudah Haimovici, Charlie Assaraf, Dylan Goldenblatt, and Mason Brook to light up the scoreboard. They skate fast and shoot hard against the opponents, so the fans know some big wins are coming. 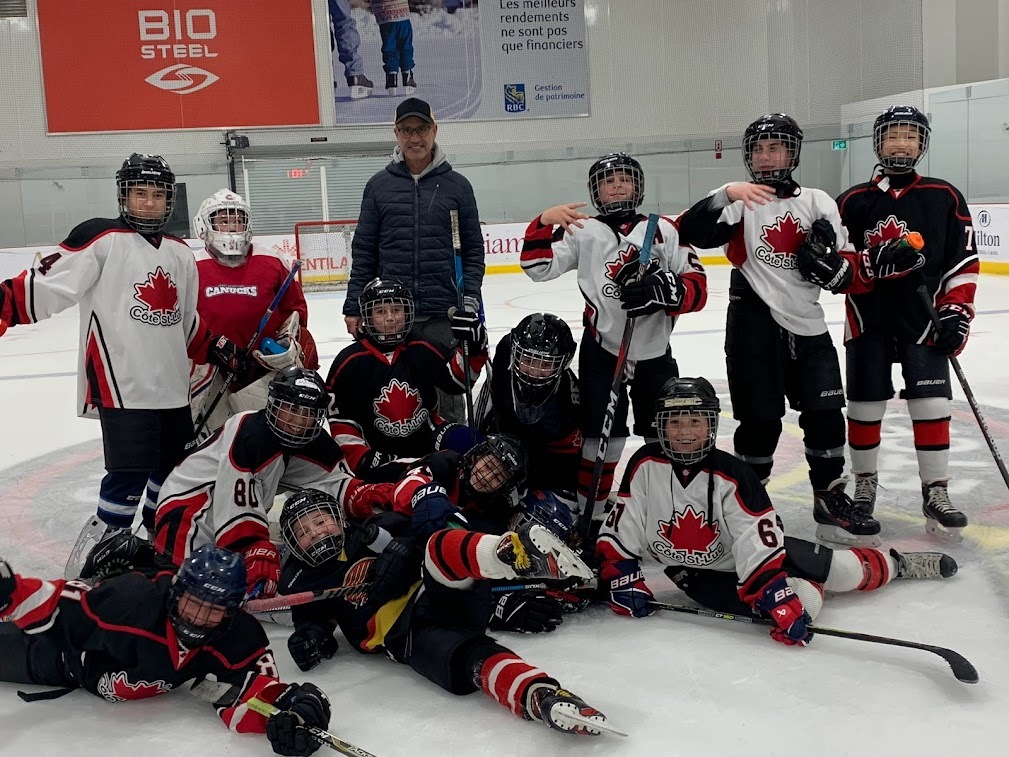 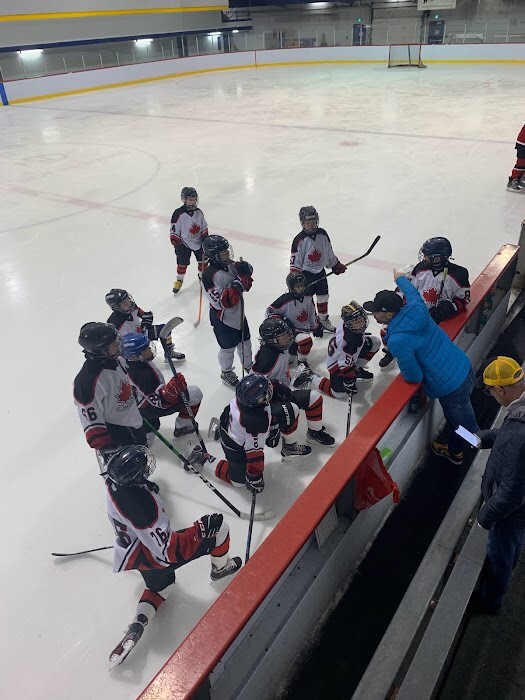 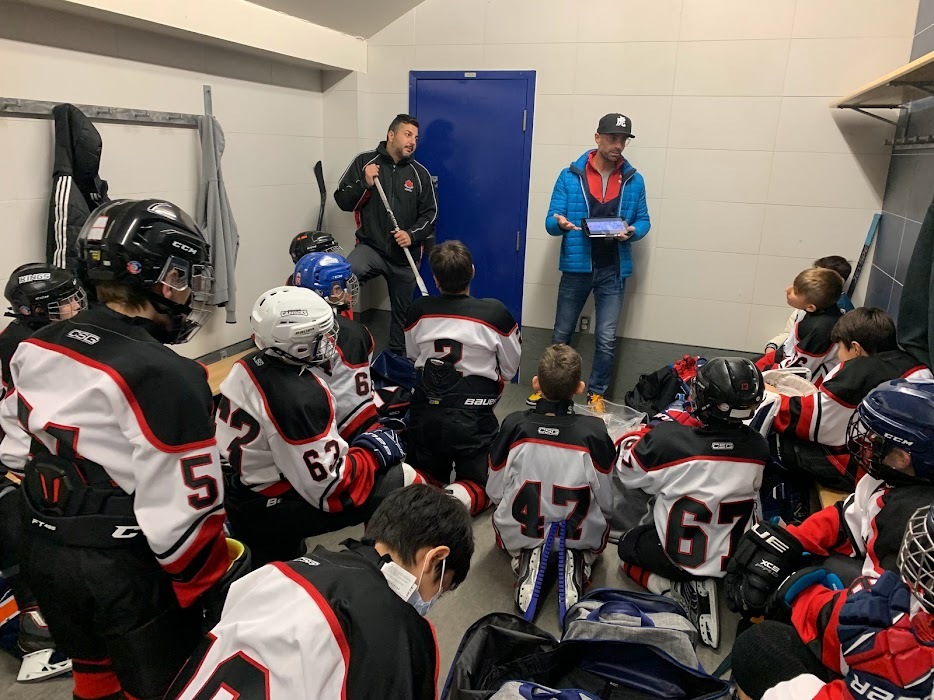 The team is very excited for the start of the season! Although it has been a bit of a rough start, the team is comprised of a great group of boys who are hitting the ice with a positive attitude and lots of energy! We started off the season playing against the top teams but our group of players has supported and encouraged one another on the bench and in the locker room!

We have had "player of the game" awards in all areas, goaltending, forwards and defense.

Each player is exhibiting some strong skills on the ice, and the coaches hope that with a few additional team practices and the continuing positive attitude, we will report some "W"s in the next newsletter!

The players were very proud to be donning the new CSL jerseys at last Sunday's game! 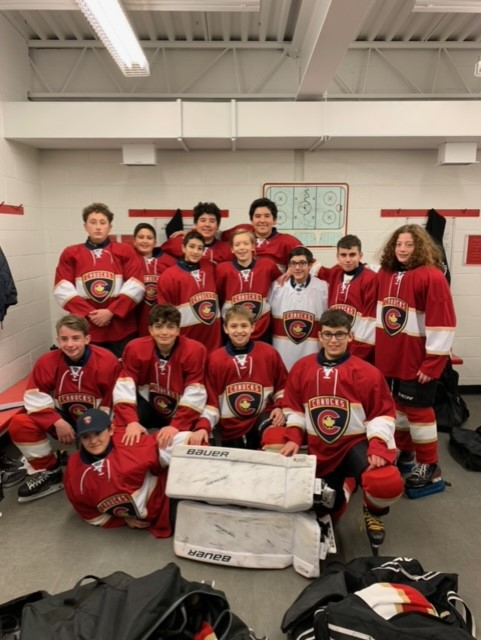 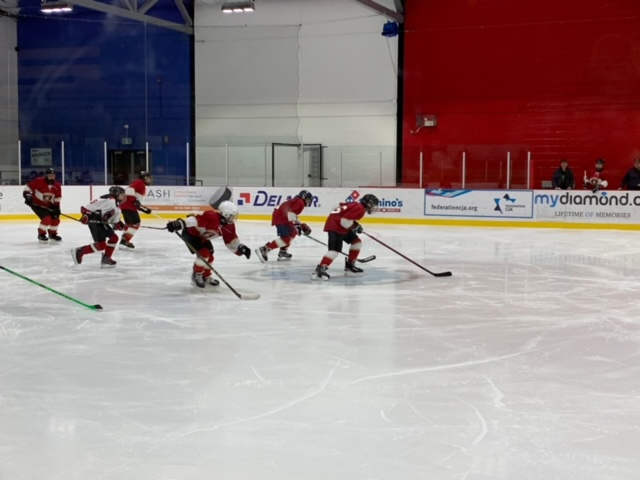 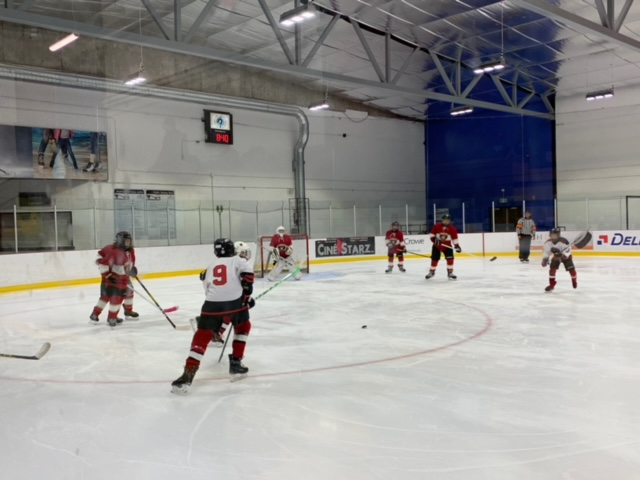 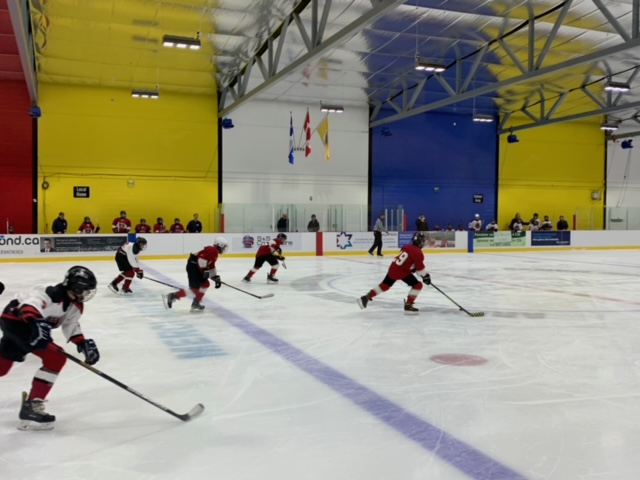 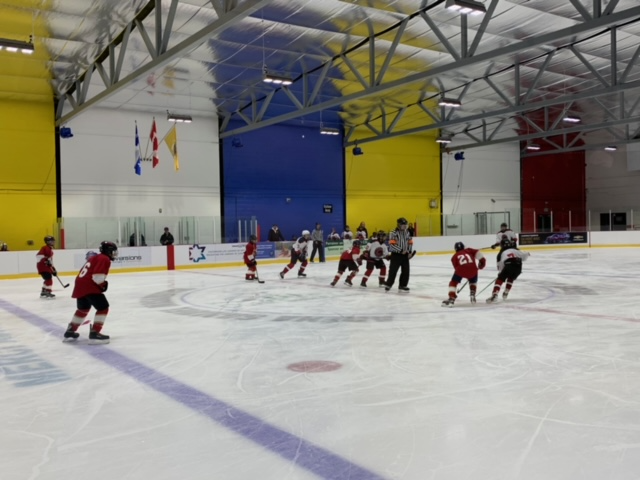 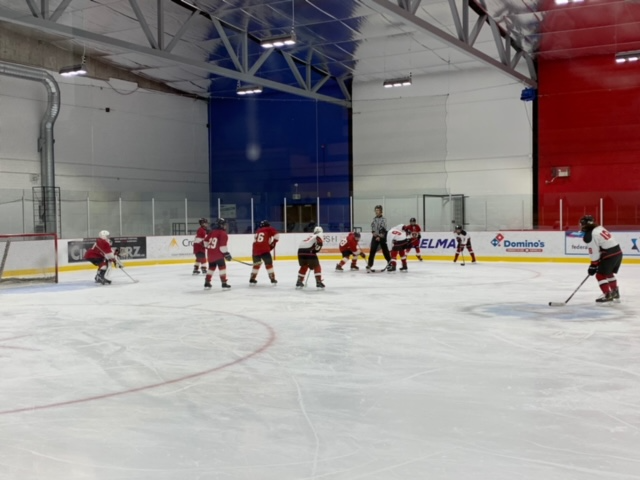 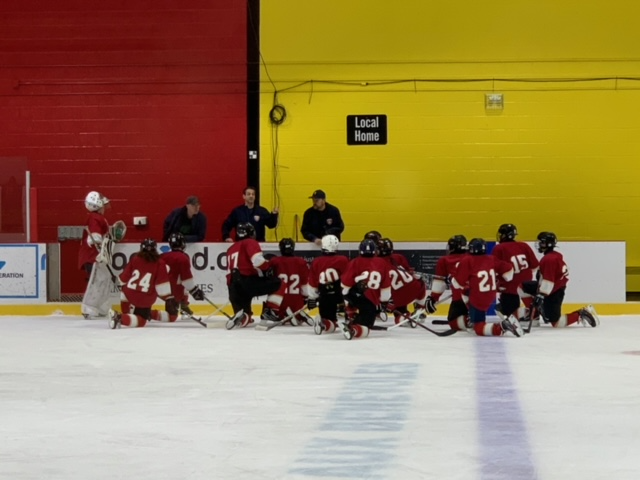